At Sunrock, our business allows us to give back to the community for decades to come — reclaimed quarry sites can spring back to life as parks, reservoirs or areas for new housing, long after the material from them has provided a critical resource for the local economy.

Reclamation often consists of converting the mined land into pasture or forest land, residential/commercial development, and potentially much more important in the future, a water supply source to support community development. Sunrock has proposed returning its quarries to water supply storage facilities once mining has ceased. The land surrounding the excavation will be left in a stable condition and fences or other safety barriers will be left in place as required.

Undoubtedly life as we know it would not be possible without the availability of basic construction materials sourced from a mine. While the need for these resources is imminent, it is equally necessary to take care of the earth and specifically the land that affords a high quality of life once it has outlived its purpose as a mine. Quarry reclamation directly addresses this need in a way that continues to benefit society and the earth’s natural resources.

Why is quarry reclamation important?

It is widely recognized that mining is an important industry for the world, for the United States specifically, and certainly for localized communities across the country. Without the mining industry, it would be impossible to support our country’s well-being while also building and maintaining the infrastructure it has come to require.

It is also recognized that there is a need to protect our natural environment within and adjacent to the properties supporting this basic and essential industry. To that end, the preamble to The Mining Act of 1971 states that “The General Assembly finds that the extraction of minerals by mining is a basic and essential activity making an important contribution to the economic well-being of North Carolina and the nation. Furthermore, proper reclamation of mined land is necessary to prevent undesirable land and water conditions that would be detrimental to the general welfare, health, safety, beauty, and property rights of the citizens of the State. The General Assembly finds that the conduct of mining and reclamation of mined lands as provided by this Article will allow the mining of valuable minerals and will provide for the protection of the State’s environment and for the subsequent beneficial use of the mined and reclaimed land.” (1971, c. 545, s. 2.)

Reclamation of mined land was one of the major concerns that led to the establishment of these mining regulations. Reclamation was defined within the Mining Act as “the reasonable rehabilitation of the affected land for useful purposes, and the protection of the natural resources of the surrounding area. Although both the need for and the practicability of reclamation will control the type and degree of reclamation in any specific instance, the basic objective will be to establish on a continuing basis the vegetative cover, soil stability, water conditions and safety conditions appropriate to the area.”

The Mining Act of 1971 requires that each applicant for a mining permit put up and maintain a bond to cover the estimated cost of reclamation of the proposed mine site before a permit is issued. This ensures that the cost of any reclamation will be covered without requiring the taxpayers of NC to have to foot the bill should the mine operator fail at his business attempt. The type of post-mining land rehabilitation is left up to the mining company, which is then able to decide what best suits its property and the adjacent land. 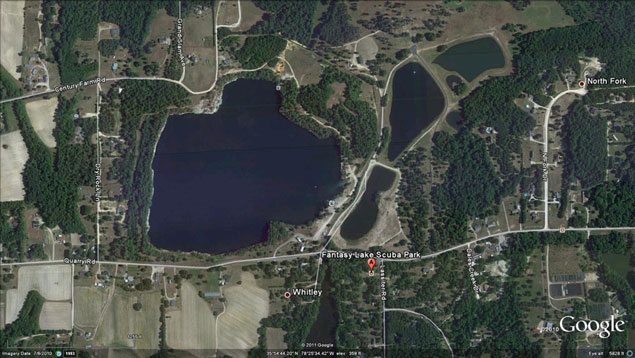 Fantasy Lake Scuba Park is located east of Rolesville, NC. Construction began in the 1800s as a stone quarry. Recently referred to in a News & Observer article as “a scuba diving mecca,” the lake is ideal for building scuba diving experience and advancing certification. The lake is recognized by dive groups, rescue groups, law enforcement and the military as an excellent facility for advanced training. The great expanse, visibility, and depths of the lake set it apart from smaller facilities. 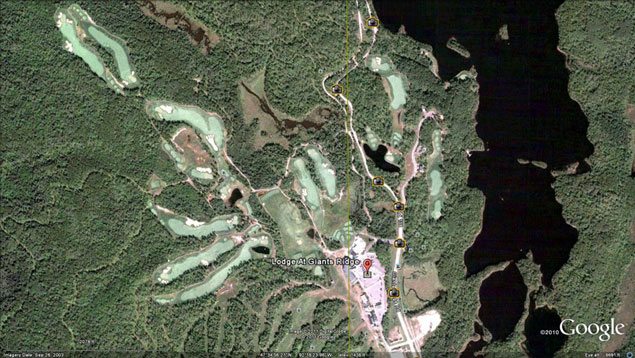 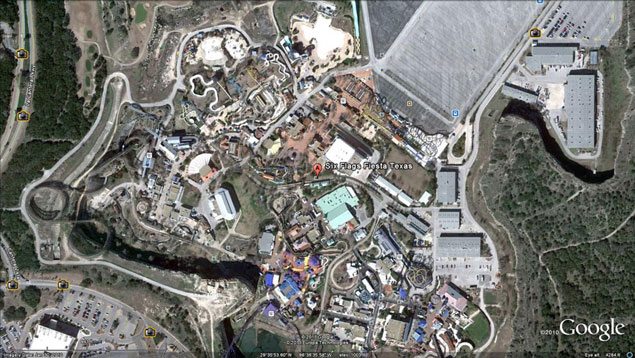 Six Flags Fiesta Texas amusement park in San Antonio occupies ground that once provided material to build the surrounding community. The former limestone quarry first produced aggregates in 1934 in a much less developed location compared to the San Antonio of the 21st century. The quarry closed in 1988 and a new era began.